Hair loss (technically known as alopecia) can have many causes but in males it is commonly caused by increased sensitivity to male sex hormones (androgens) in certain parts of the scalp, and is passed on from generation to generation.

Some men have areas on the scalp that are very sensitive to the male sex hormones that circulate in men’s blood. The hormones make the hair follicles – from which hair grows – shrink. Eventually, they become so small that they cannot replace lost hairs. The follicles are still alive, but are no longer able to perform their task

The condition usually starts in men aged 20 to 30 and follows a typical pattern. First, a receding hairline develops, and gradually the hair on top of the head also begins to thin. Eventually, the two balding areas meet to form a typical U-shape around the back and sides of the head. The hair that remains is often finer, and does not grow as quickly as it used to. 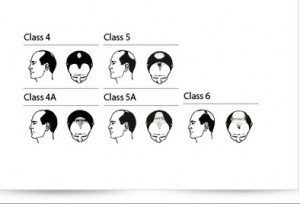 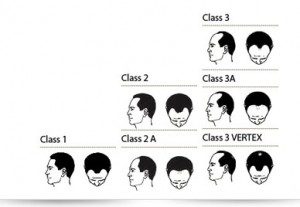